I actually got to meet Jason DeRulo after the concert last week– we talked ethics for a hot sec.

Do you think your goal as an artist is to be the most profitable tour or to express yourself and bring the most joy to your fans? END_OF_DOCUMENT_TOKEN_TO_BE_REPLACED 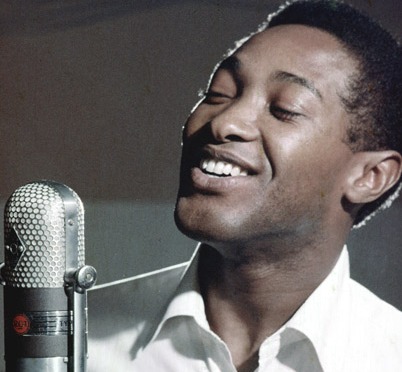 If I could have dinner with one person living or dead, my answer for years has been the late, great Sam Cooke.  Nicknamed the King of Soul, Sam was an American singer-songwriter and recording artist who is generally considered to be one of the greatest of all time.  He is known for being a pioneer in the field of soul, credited with giving rise to musicians like James Brown, Aretha Franklin, and Marvin Gaye to name a few.  In addition to this, he is also my all-time favorite musician across all genres.  While I would love to talk to Sam about his music, there is another side of him which I would use this dinner to learn about.  Sam Cooke was one of the first musicians to take an active role in the Civil Rights movement. END_OF_DOCUMENT_TOKEN_TO_BE_REPLACED

I would have dinner with John Mayer. If you know me at all, this is extremely believable. Despite the flak I may receive from my peers, I stand by my statement. But why John Mayer? END_OF_DOCUMENT_TOKEN_TO_BE_REPLACED

This was originally written here.

I have edited a few sentences to reflect changes.

Almost no one calls me in my office.  90% of the calls are my wife or a textbooks ales representative (poor souls- they are ever-optimistic.).

So, when the phone rang two weeks ago, I answered it very informally.  “Unh, hello?”

“Is this Jordi?”  I didn’t have time to realize I should have recognized the voice.  “This is Mike Daisey.”

END_OF_DOCUMENT_TOKEN_TO_BE_REPLACED

In the interrupted version of Daisey’s Agony and Ecstasy of Steve Jobs, the monologue’s narrators asks, “Does truth come in ratios?  Are shades of grey always the status quo?” END_OF_DOCUMENT_TOKEN_TO_BE_REPLACED

Does art do a better job of getting to the truth than journalism? This question really stuck out to me, especially as we dig deeper into this controversy between Mike Daisey and Apple. As we all know, this question is brought up from the fact that Daisey’s emotional monologue turned out to be not quite as truthful as it is made out to be. However, even after knowing the facts, I am still touched by Daisey’s story. Why would it still have a positive affect on me if I didn’t believe it? I think this is an important point to bring up when deciding if art does in fact bring out the truth. END_OF_DOCUMENT_TOKEN_TO_BE_REPLACED

The BC, (Joe, Jack, Theresa, and me) decided it would be interesting to see the Bucknell-produced version of Daisey’s actual play, The Agony and the Ecstasy of Steve Jobs. END_OF_DOCUMENT_TOKEN_TO_BE_REPLACED

When reading a news article or listening to a news podcast, how do you decide what to believe? Do you take everything at face value? Do you fact-check? The answer differs for each individual. It also differs based on who is reporting the news. But what happens when something written for artistic purposes is reported as news? The answer: the “Retraction” on This American Life of Mike Daisey’s story on Foxconn.

END_OF_DOCUMENT_TOKEN_TO_BE_REPLACED

So it turns out Mike Daisey exaggerated or just plain made stuff up about his trip to China in The Agony and the Ecstasy of Steve Jobs. Starting from giving bad contact information for his translator, Mike Daisey’s lies spiral out of control as he enjoyed the benefits of the press for his show to speak on the issues he portrays. Daisey is eventually brought back to face his lies through the wrath of Ira Glass, who reveals many of the issues we heard about in his monologue, and previous broadcast, to be completely false: no N-Hexane scandal (that Daisey directly saw), no overwhelming numbers of underage laborers, and the old man was completely made up to be “like a movie” according to his translator.

I can laugh and acknowledge lessoned learned: I won’t point the finger without checking out the facts ever again!  We didn’t check the facts, mostly, because it was so easy to believe this dramatized story. END_OF_DOCUMENT_TOKEN_TO_BE_REPLACED 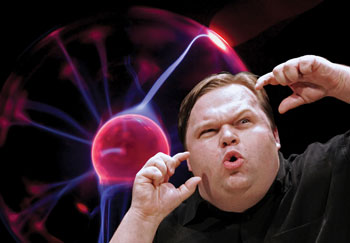 The line between journalism and theater is clearly drawn from the podcast. We pay attention to the different morals and ethics at play here; all of which seem to cast a negative light on drama itself. We should not look to Daisy’s mistaken classification but rather to the character flaws he exhibits. END_OF_DOCUMENT_TOKEN_TO_BE_REPLACED