Written from the perspective of an Indonesian NGO addressing its own government, the white paper seeks to balance the benefits and drawbacks of globalization in order to improve the lives of workers in sweatshops while also keeping Indonesia’s economy prosperous.

Student, faculty, and alumni are all very involved in various things at Bucknell. END_OF_DOCUMENT_TOKEN_TO_BE_REPLACED

My idea is for military service to be required for all citizens of every country.  By having such required military service, citizens of every nation would have more of a stake in the decisions of their sovereignty.  Moreover, if everyone was required to serve in the military for their country, I think it would promote world peace as most people do not want to go to war. END_OF_DOCUMENT_TOKEN_TO_BE_REPLACED

The fall of 2001 was an eventful and memorable time in United States history, but not for positive reasons. First, there were the devastating terrorist attacks of September 11. Before our nation had even digested the horrific attacks of 9/11, Enron, the nation’s seventh largest company and the world’s largest energy trader, rapidly came unraveled, leading to their declaration of bankruptcy on December 2. Enron’s stock prices had dramatically decreased on October 16, just two months after Sherron Watkins had brought imperative accounting and investment questions to the attention of CEO Kenneth Lay.[i] Was Watkins utilizing deontological or utilitarian ethical approaches in blowing Enron’s whistle? Was her intent to bring the greatest good to the most number of people, or was she doing it for the future profitability and reputation of Enron? END_OF_DOCUMENT_TOKEN_TO_BE_REPLACED 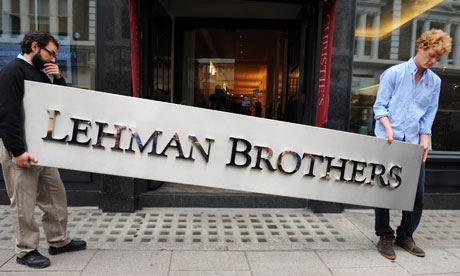 In September, 2008, a financial crisis not seen in the United States since the Great Depression swept the nation. Some of Wall Street’s biggest firms, such as Goldman Sachs, Merrill Lynch, Lehman Brothers, and Morgan Stanley, faced serious financial issues that threatened the future and longevity of the renowned institutions. END_OF_DOCUMENT_TOKEN_TO_BE_REPLACED

You have just finished a fancy dinner in New York City with a close friend and it was exactly what you needed after a long work week. The only issue is its Friday night and there is not a single available taxi in sight. You reach into your pocket for your phone and “unlock” a whole new world. With a quick click of your “Uber” app you are on your way to setting up a ride home-quick access to a safe and convenient way home. But how could it be that easy? How does this work? END_OF_DOCUMENT_TOKEN_TO_BE_REPLACED

The 1960s found 17-year-old Richard Scrushy pumping gas in Selma, Alabama, thinking of better opportunities. With his then-wife pregnant, Scrushy found his first real job working alongside his mother as a respiratory technician.5 After graduating from the University of Alabama, Scrushy was hired at an entry-level position at Lifemark Corp, a Houston-based health-care company.5 He worked his way up the ladder and, in no time, was running the company’s pharmacy, physical rehab, and merger departments.5 In 1984, Scrushy received a $1 million loan from Citicorp Venture Capital to start his own company, HealthSouth, Inc.5 HealthSouth, the first national chain of orthopedic hospitals and outpatient centers, quickly became one of United States’ largest owners and operators of inpatient rehabilitative hospitals.1,5 By 1996, when Scrushy took his company public, HealthSouth had a massive market value of over $12 billion.2 However, in retrospect, HealthSouth’s growth, market value, and financial statement values were not nearly what they appeared to be, as HealthSouth executives had perpetrated an upwards of $2.7 billion of accounting fraud.3

END_OF_DOCUMENT_TOKEN_TO_BE_REPLACED

Recently, I was jamming heavily to some Maroon 5 in my room with my friends using the online streaming program Spotify. The mood was awesome—great times, even better people, awesome music, and wonderful conversation. But then the music stopped. We all heard the jingle we hate the most: “O, O, O, O-Reilly…Auto Parts!” The room went silent. I awkwardly remarked: “That killed the mood.” I then considered, as I do almost daily, whether I wanted to sign up for a $5 a month student subscription to Spotify. Or maybe I could just buy my songs on iTunes and support the artist? Or, would I go against everything I stood for as an aspiring musician and businessman and go back to illegally torrenting my songs? Artists are rich anyway—do they really need my money when most of their revenues are made on touring? In this essay, I will argue that Spotify, the semi-free streaming application, is an ethical company that reaps benefits for all major players in the music industry. I will use a utilitarian analysis to demonstrate Spotify’s ideal appropriation of benefits and reduction of suffering against other forms of music consumption, and as it pertains to the future of the music business.