It is essential that a successful agreement happens in the United Nations’ Conference of the Parties (COP21) in 2015. A successful agreement would not only require participation from all or nearly all industrialized countries, but it would also require that ambitious goals are made. IPIECA is an association that was created in response to the United Nations Environmental program and advocates for policies for 38 oil and gas companies, including all the major international companies. As policy-makers progress to make ambitious goals in the upcoming year, IPIECA may help or hinder the success of policy changes. As the demands for energy increase, it has to be realized that coal, oil, and gas have to make significant changes and sacrifices if the agreement is to be a success. I will need to do more research into IPIECA and the World Coal Association to determine what position they will take in COP21 in 2015.

IPIECA seems to be heavily involved in many climate change groups such as the United Nations Framework Convention on Climate Change, the Intergovernmental Panel on Climate Change, and is invested in the CO2 Capture Project. Given the involvement of IPIECA in many programs and panels, and the realistic goals for global energy use in 2035 (shown below), it seems that IPIECA may actually be a source for alternative solutions, and an association to integrate solutions with.  Perhaps, IPIECA does not actually share all the same views as the companies that have memberships and instead has more ambitious goals than oil and gas companies would like; however, their involvement with the United Nations makes their position vital in my discussion.

Energy companies, such as ExxonMobil, do not have a strong stance for sustainability, and are one of the most powerful institutions for making changes. ExxonMobil’s energy report shows a general lack of initiative to transfer out of coal and oil. Instead they adopt a “follow the money” policy, even though they are the economic leader of the industry. Furthermore, they have the ability to lobby government to prevent the institutionalized transfer to more sustainable energy sources.

ExxonMobil’s CEO, Rex. Tillerson stated at a speech in Houston that “There is no question that energy has been one of the foundations of U.S. economic strength for most of our nation’s history. In recent years the growth in domestic oil and gas production has been an important economic driver that extends far beyond our sector – delivering benefits to a wide range of Americans, businesses, and every level of government.’ Here, it does not seem as if the CEO intends to change directions on energy sources. However, in ExxonMobil’s Climate and Energy Report it says that “We are taking prudent steps on many fronts to address the risks posed by a changing climate, and we also continue to engage the public and policy makers in many ways regarding the issue.” This contradictory speaking reveals a startling truth about ExxonMobil’s true plan for the future. The climate and energy report is most likely to be read by someone who cares about the environment, and this paper is framed to show “dedication” to cleaner energy technologies. ExxonMobil also drastically underestimates the rising levels of CO2 emissions in these reports, and contributes these reductions to “improvements in energy efficiency” that are both finite, and not actually happening. (ExxonMobil Energy Report)

ExxonMobil claims it has a strict policy, but ExxonMobil is likely biased in their policies towards climate change, as well as the future of the energy industry. Shareholders of ExxonMobil would benefit from perpetuating the notion that lobbying is difficult, that climate change is distant and does not have the potential to be impactful, and that the future of the energy industry is set in stone.

My goal is to use my businesses sources to find the views of big energy businesses, and how they present a danger to the climate future. I hope to determine what influence IPIECA and WCA have on UN decisions, and use this to aid in my predictions/discussions. I hope to find other businesses that also show a strong potential to act as competition to these coal, oil and gas industries, and show potential for growth with sustainable technologies, attacking the idea that eliminating coal and oil from our “diet” would not hurt our economic health.

We live in a culture where most commercial, industrial, and residential activities have an impact on the environment around us. At the moment you are reading this post, your computer is using electricity most likely produced through coal, or gas-powered processes. Making choices individually that keep the environment in mind has become impossible in the fast-paced society that we live in. In order to collectively fix the social complications that arise when addressing climate change, we must decide collectively to lower our consumption and combustion of resources that have a negative impact on society’s immediate and long-term sustainability. It is not only necessary for governments to implement this collective change, but it must also be a collective change on the global level.

The United Nations has had meetings at least once a year since the first Conference of the Parties (COP) in 1995. In 1997, a document titled The Kyoto Protocol was created that outlined carbon dioxide reductions goals that each country would have to abide by in order to prevent serious climate change from occurring. Nearly two decades later, the United Nations has failed to create a globally ratified document that could be effective in completing these goals. Indeed “the UNEP’s Emissions Gap Report (2013) confirmed that no significant progress has been made in closing this substantial gap between that necessary for a less-than-2⁰C emissions pathway and developed countries’ pre-2020 mitigation commitments.”

However, plans are set into motion to create such a document in 2015 at COP21 in Paris, France. It is necessary that the appropriate preparations are made leading up to this meeting if any consensus is to be made regarding the policies that would then go into effect beginning in 2020. Thus far, there are mixed views as to whether COP21 will be successful in creating an agreement, despite the serious global need for the agreement to occur.

Denmark is one of a few country that has fully embraced clean technologies already, and therefore has very little economic stake in a global conversion to these same technologies. It’s prime minister, Helle Thorning, seems to be optimistic that other countries will be able to adopt the sustainable technology lifestyle. She believes that education and comprehensive policies are necessary parts of change.

Others like Ian McGregory, who has been an active participant at the COPs, worry that “the lack of progress is a failure to effectively address the overarching issue of each country’s fair share of the global effort required to keep global temperature rise well below the 2⁰C limit.” When addressing the success of COP21, he states that he does not believe all countries are willing to make the sacrifice “given the huge vested interests trying to undermine this agreement in many countries.” Jennifer Morgan, a journalist at the worldwide resources institute, stresses the importance that keeping global warming below 2 degrees C, “two small degrees means either survival or complete devastation for some countries.”

Often discussed is the necessity for leaders of important leading economies such as the United States, China, and Japan to reach an agreement at Paris in 2015. The “vested interests” of some of these economies in oil, gas, and coal could potentially hinder the success of COP21, but Jennifer Morgan points out Germany’s economy as an example of the potential for growth. “Germany, for example, invested in renewable energy to drive technology development. It’s seen significant benefits in terms of hundreds of thousands of new jobs, decreased emissions, and reduced energy consumption.”

These sources represent an array of viewpoints shared by leaders around the world and give good insight into the politicians and upcoming decisions that will make a difference for COP21. The next step will be to look into the identified businesses and government sources (United States, China, Chancellor Merkel, President Dilma, ExxonMobil, and other gas companies) to determine how the COP21 will likely play out. The synthesis of these sources will give a valuable and current viewpoint that would help a reader understand the necessary steps to be successful in Paris in 2015.

Student, faculty, and alumni are all very involved in various things at Bucknell. END_OF_DOCUMENT_TOKEN_TO_BE_REPLACED 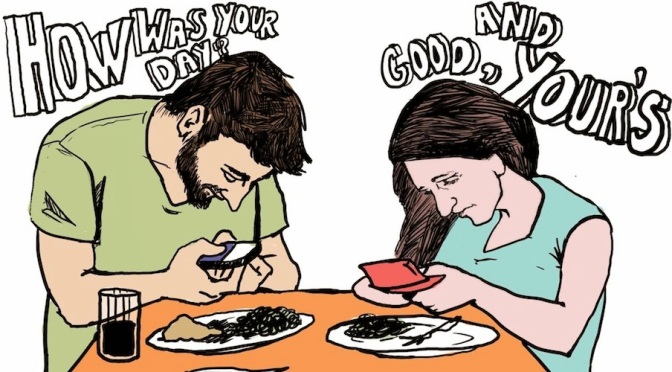 Before taking the quiz, I don’t think I understood the wide range of qualities that defines Millennials. I used to think of myself as an exception to the general rule because it is rare that I send more than 10 texts/day, or watch more than an hour of television. This is a narrow definition of Millennials; however, and as I answered the remainder of the questions I began to realize the other “81%” of qualities that I share with my peers.

Despite the vast majority of similarities, I want to use this post to define and describe my main concern with the direction that the Millennial generation has taken. I have been reading a book titled Hamlet’s Blackberry: Building a good life in the Digital Age which would offer anyone interested a good description of my stance on how I interact with technology. To sum up what I have read so far, William Powers argues that life in the digital age has sacrificed “depth” for a dramatic increase in constant connectivity. Later in the book, he’ll be talking about the need and desire to “disconnect” and how to reconcile two competing drives.

Most of my answers that disagree with the Millennial Generation from the quiz revolve around the themes that I described. The main problem that I think a lot of Millennials may see (but are unable to address) is the inability to disconnect: during family dinners, during class, or during moments that should or could bring a “depth” that a phone could not. I think that as Millennials we must be able to adopt a new lifestyle that can accomodate our need to connect with others deeply, while maintaining that global-scale of connectivity that has brought about an increase in our understanding of the world at large.

One thing that I found to be interesting was that, despite being more connected than ever, my generation was the least likely to have contacted a government official in the past 12 months. I think that this may be correlated to the Millennials generalized lack of faith in government. The “Generation We” video seemed to be a call to arms for Millennials to create change through voting, but I think that our mode of change is through social networks, spreading knowledge that changes attitudes, and starting a global conversation for the betterment of humanity.